Skip to content
At the same time that the "base camp" fell, the contradictions between Peak and distributors also intensified. Wang Xiaobin, who is familiar with channel management, points out the disadvantages of the Peak channel: â€œBasically, regional distributors make money while franchise stores have little profit.â€ 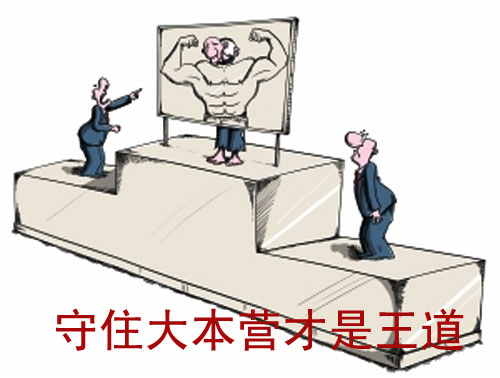 On November 5th, Peak Sporting Goods Co., Ltd. announced that it had closed 1,067 retail outlets in the first three quarters of this year, accounting for 13.67% of its total retail outlets last year.

At the same time, the companyâ€™s net profit fell by 43.3% in the first half of this year to only 240 million yuan. Many of the tricked up funds have run away and led to "troubleshooting." On November 6, Peak's share price dropped as much as 8.125% on that day.

In addition to the downturn in the external environment in the industry, Peak has faced big troubles - he has been relying on the opponent's strong siege in the basketball field for many years and the situation is grim.

At the same time that the "base camp" fell, the contradictions between Peak and distributors also intensified. Wang Xiaobin, who is familiar with channel management, points out the disadvantages of the Peak channel: â€œBasically, regional distributors make money while franchise stores have little profit.â€

On the other hand, Peak is building large-scale plants and gradually shifts to a heavy asset model, which further exacerbates the pressure. In desperation, Peak slowed down the construction plan. On November 20th, Peakâ€™s investor relations assistant Li Jia told reporters: â€œThe previous plan was to be completed in 4 to 5 years (build a factory) and it is now delayed for 1 to 2 years.â€

In order to solve the trapped, Peake wants to take the distributors to the knife. Peak Chief Executive Xu Zhihua said publicly: â€œIn the past we were the province-generation model. Now we are gradually developing the model to the local generation.â€ Cutting off this move is good, but it is not easy. In addition to the boycott of existing distributors, Peak management remains divided.

Can crisis in crisis be saved? We will continue to track.

The "base camp" fell

Followed by a shop closing sound and complaints from franchisees. The number of retail outlets that Peak closed in the first three quarters of the year was as high as 1067, with an average of 4 closed every day.

In recent years, the profitability of Peakâ€™s franchises has dropped significantly. The average turnover per unit of retail area was 2,300 yuan in the first half of 2012, a decrease of 34.3% from the same period of last year. At the same time, the rent for stores has increased year by year. Under the pressure of declining turnover and rising rental prices, the profitability of franchise stores has continued to erode.

Behind the sharp drop in franchise profitability is the savage growth of Peak's channels.

â€œThe total distribution method is like this. If you donâ€™t rely on other methods to increase sales, the board of directors only wants to see an increase in sales data every year. Then there is no marketing support for R&D and production. The only way is to open more stores and promote sales several times. To improve the sales report." Wang Xiaobin said.

â€œAt the end of the economic crisis, consumers were worried about abnormal consumption for several months and their data were immediately disconnected.â€ China's sportswear industry continued to grow steadily in the first half of 2011, but growth rate has been increasing since the second half of 2011. Began to gradually weaken.

"This year's clothing market is dead, many companies in Dongguan are fighting flies." Li Qinliang, who frequently travels to and from Dongguan, told reporters.

From the second half of 2011, the sporting goods industry began to adjust structurally. Many companies frequently launch promotional campaigns to clean up inventory and intensify competition.

â€œThe extra production capacity disrupted the market. You went to the train station to learn about a few clothing stalls. A lot of stalls were closed.â€ Zhuang Zhenfa, general manager of Guangzhou Salentou Trading Co., Ltd. said, â€œNow, there are The strength of the opportunity to expand the bottom, the strength of the scale of contraction is the best choice."

"Now (Peak) has suffered," Wang Xiaobin said. "Basically, regional distributors make money and franchise stores have little profit. They say you don't do it, others do it, and my brand is big. Nobody analyzes profits, and finally closes the door." Or other people who feel that they always have food."

This bitter fruit, Peak had already planted seeds many years ago.

The prototype of the "Pick model" originated from a fierce debate in 2003. At Peak headquarters in the year, after a fierce debate, the management finally decided to contract the original product line and concentrate on playing the brand of basketball sports so as to distinguish popular sports brands such as Li Ning and Anta.

Even so, the imitation trace of Peak is still very obvious.

"Pick had a good road before, under the guise of foreign brands, this is a common problem for domestic companies," said Wu Yuenan, a manager of a company in Baiyun District, Guangzhou. With Peak's brand names and logos, you can always find the shadow of international brands more or less. Peak is less than Nike's Chinese name.

In 2004, Peake became a supplier of sports equipment to the national basketball team in Greece and Uzbekistan at a very low price with the help of a distributor in Greece.

At this time, Li Ning, Anta and other domestic counterparts all focused their energies on competing domestic resources and elite athletes. Because Peak was looking for a foreign team endorsement, he avoided the more chaotic spokesmen of domestic sports resources. The alternative image created by Peak quickly attracted the attention of a large number of consumers.

After the initial sweetness, Peak signed the NBA Rockets in December 2005. A billboard bearing the flag of the Peak Peak was displayed prominently under the basketball stand of the Toyota Center in Houston, United States. In 2006, Peak won the Rockets' signing of Battier. In 2007, Peak became an official NBA marketing partner and a strategic partner for the Bucks.

In the key period of the IPO, Peak spent more money on NBA basketball resources. In 2008, Peak became the official partner of the NBA basketball caravan. During the Olympic Games of the same year, Peak determined that Battier and Kidd will continue to serve as their global brand spokespersons and will be promoted with the main image of brand promotion. In December of the same year, Peak signed 5 NBA stars for the 2009 spokesperson.

Compared with Peakâ€™s insistence on a single basketball product, companies such as Li Ning and Anta adhere to the brand strategy and have a rich product line. Besides sticking to their respective flagship products, they also involve in the basketball field.

In the period of rapid growth of China's sporting goods market, Li Ning bet on badminton with a strong oriental culture, Anta tried to imprint himself with tennis so that he had no time for the development of basketball products.

Peak is in this period of time, dumping the strength of the entire nest to develop products in the basketball field. According to the ZouMarketing survey, in 2008 Peak basketball shoes accounted for 17% of the Chinese retail market, and Nike ranked second only 12%.

Wu Yuenan said, â€œPick made a lot of money and eyeballs with the banner of CBA and NBA.â€

However, the good times are not long. Under the shadow of the financial crisis, Li Ning, Anta and other sporting goods smashed the rapid growth in the original flagship product sector. In addition to consolidating the original flagship product areas, how to expand other product areas has become their strategic focus in the future. The basketball field products are exactly the new battlefield they fancy.

As a result, Anta increased its investment in the basketball shoe market. Luis Scola, one of the Rockets' core figures, is one of its spokespersons. After that, Anta once again sent world-class basketball star Kevin Garnett to the next level. This is another major breakthrough for Anta in the basketball field.

Peak sponsors the Rockets. Competitors can also choose another team to sponsor in the NBA. As a result, Peak's resource advantage is no longer obvious.

Advertising industry professionals pointed out: â€œThe endorsement of the NBA players has caused the sponsorship price to rise, and on the other hand it has caused the viewerâ€™s aesthetic fatigue and confused the relationship between a certain brand and its endorsed events or athletes.â€ Follow suit to imitate this once-a-lifetime trial Obviously it has failed.

Li Ning and Anta and other companies increased investment in the basketball market, and Peak entered the era of short-medling docking.

In the face of amnesty challenges, Peak has a great crisis. Once ANTA and Peak compete in low-price products in the basketball field, ANTAâ€™s loss is only a small benefit due to its small share in this market. While Peak is a relatively large share of this market, if Peak does not respond to low prices, market share will decline significantly. If you deal with low prices, profits will fall sharply.

Where will Peak go?

At this time, the problem of high product homogeneity jumped out.

Wang Xiaobin said: "Now traditional products are difficult to do. Only with added value and innovative products can we avoid price competition."

â€œWhere the quality of the product is now poor, the quality of clothing and shoes is similar.â€ Peng Xuemin, a teacher at Guangdong University of Foreign Studies, pointed out that the homogenization of sports products is serious and the lack of innovation makes the competition in the industry intensify.

Peng Xuemin said: "Consumers can buy the Peak, they can also buy Anta, or Li Ning."

With the increase in alternatives, Peak's original price strategy is no longer effective.

Huang Jiawu, chairman of Guangzhou Haodi Group, told the reporter, â€œWhy do people buy your product? You think you are good. Maybe someone is better than you. What will we do at this time? Or is it the old saying, 'Good but not expensive,' Affordable'."

However, as the industry continued to follow suit, Peak's price strategy did not adjust.

The strategic intentions of Li Ning and Anta are significant. They all entered the field of basketball sports products and used it as a strategic market to suppress Peak. A person close to Peake pointed out: "He wants to compete with you at a low price. If you want a low price, your profit will be no. If you don't want to sell him at a low price, your market will be gone. This will have a survival space for Peak. The risk is particularly great."

Our Strapless Bra product are made of high quality and healthy material, they can be well supported when on wearing. Strapless bra will be your good partner on wedding, dress, halter, vocation occasion etc. Besides, we can offer customized service, contact us if you have this request, we will reply you at once.