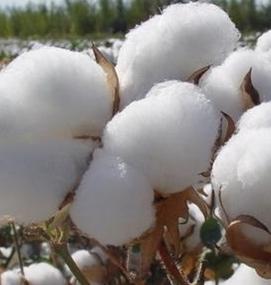 Cotton plays a decisive role in our national economy. Since 2011, China has started to implement the policy of temporary purchase and storage of cotton. With the increase in the number of storage and storage, the negative effects of cotton purchasing and storage policies began to appear gradually.

This means that the cotton market has changed its policy of direct collection for many years, and the program has finally begun. In 2014, it is expected to become a â€œchanging yearâ€ for the reform of China's cotton industry, and the government's determination to reform will give the cotton market more hope.

With the implementation of the New Direct Support Program for cotton, how will cotton farmers grow this year? What are the views of companies and grass-roots officials on the direct supplement program?

Cotton Farmers Call for Cotton Subsidy Standards As soon as possible, as soon as the first day of March is announced, the Datuo Tank Farm, which grows cotton at Xinyi Farm in Shaya County, Xinjiang Province, stands on the site where he planted cotton last year. In the past few months, a problem has always been tangled in his mind.

Since 1995, Tian Tiantan has been growing cotton on 600 mu of cultivated land from Xinyi Farm. During this period, he experienced many ups and downs of cotton prices. Starting from 2011, the state began to implement the policy of temporary cotton purchase and storage. The purchase price of lint has been kept at 20,400 yuan per ton for three consecutive years, and the purchase price of cottonseed cotton has remained at around 9 yuan per kilogram.

â€œThe countryâ€™s cotton purchasing and storage policy is a good thing for farmers.â€ Tian Tank believes that the cost of cotton in recent years has been increasing year by year. If there is no national â€œreserveâ€ policy for cotton collection and storage, the income of cotton farmers will be difficult to guarantee.

He calculated an account for the reporter. Last year, the labour cost of one mu of cotton was about 180 yuan; the cost of agricultural materials such as seeds, mulch, fertilizers, and pesticides was about 900 yuan; the pick-up cost was 800 yuan per mu, plus some The cost of planting an acre of cotton is about 2100 yuan to 2200 yuan. According to the average purchase price of 350 kg of seed cotton per mu and the purchase price of 9 yuan per kg, the gross income per mu is 3150 yuan, and the net income per mu is 950 yuan, which means that the net income per kg of cotton is about At around 2.7 yuan.

At the beginning of the year, Tian Tiantan learned from the Central Document No. 1 that the central government will implement targeted price subsidy tests on Xinjiang cotton. However, he is most concerned about how much the country can make up for, and how to make up for it. According to last yearâ€™s situation, per kg The purchase price of 6.3 yuan for cotton is the point of profit and loss. Below this price, farmers will lose money. Above this price, it determines how much money the farmers receive.

"I hope the country can maintain the purchase price standard last year, so as to ensure the income of cotton farmers." Tian tanks believe that there are two kinds of subsidies, one is based on the farmers planted area subsidies, the other is in accordance with the output subsidies, farmer sales More cotton, more subsidies.

He tends to the second way. â€œEqualizing by area equals equalitarianism, and it can be mobilized to increase farmers' enthusiasm for scientific cotton-planting and fine management according to production subsidies.â€ Tian Tiantan said: I hope that the cotton subsidy standard can be announced as soon as possible, and that farmers can also be assured that they can eat.

Direct compensation policies bring benefits to textile companies The head of a private textile factory that closed down at the end of last year stated that the quota system derived from the cotton purchase and storage system has made the textile enterprises suffer. This year, the country has implemented a target price subsidy pilot for Xinjiang cotton, which is definitely good news for textile companies.

It is understood that after the introduction of the cotton purchasing and storage policy, a large number of import quotas were circulated in the market in 2012, and the price was pushed higher and higher, with the highest speculation of 3,800 yuan per ton. Wang Yong, a researcher at Hongyuan Cotton Research Institute, said that some companies applying for quotas do not have substantial cotton production and trade. They do not need to import cotton, but only wait for quotas to sell at high prices.

In addition, some companies have falsely reported production trade quotas, applied for import quotas for cotton that are higher than the companyâ€™s own capacity requirements, and then reselled the excess quotas. The departments concerned later discovered a series of systems that strictly limited the qualifications of companies that can apply for import quotas, that is, only state-owned enterprises can apply for import quotas. It is based on this provision that many private textile companies have become more difficult to manage. "The problem of the quota system has, in the final analysis, been derived from the policy of storage and storage." Yong admitted frankly.

As of February 14, 2014, according to the sliding tax conversion, the difference between domestic and foreign cotton prices as high as 3,603 yuan / ton, if you count 1% of the tariff, the spread as high as 4,689 yuan / ton. Yang Guodong, the leader of Hongli Textile Co., Ltd., told reporters that the price of cotton yarn abroad is only equivalent to the price of domestic raw material cotton. In this unequal competition, foreign cotton yarns have flooded into the domestic market, causing domestic cotton spinning companies to fall into losses in the entire industry.

Yang Guodong said that the stateâ€™s policy of purchasing and storing cotton in recent years has indeed played an important role in protecting the interests of cotton farmers. However, the whole cotton industry, especially the cotton spinning business, has its limitations.

The purchasing and storage policies that were originally introduced to stabilize cotton prices and protect the interests of cotton farmers have already reached a point of no change. Last year, the Cotton Working Committee set up by the China National Textile and Apparel Council, after earnestly researching the major cotton producing areas in China, put forward to the State Council policy recommendations on direct subsidies for cotton farmers. It is suggested that, with Xinjiang as a pilot, the cotton subsidies for each acre will be between 100 and 120 yuan. The subsidy will be paid by the government and directly benefit the cotton farmers.

â€œThe implementation of the target price subsidy policy for Xinjiang cotton not only plays a decisive role in the formation of market prices for agricultural product prices, but also clarifies the governmentâ€™s responsibility for agricultural and rural development.â€ March 11, Hutubi county committee vice-president Zhang Mingqing said.

He believes that after changing the temporarily administrative cotton reserve policy into a target price subsidy policy that strengthens the role of the market, the government directly subsidizes it and no longer â€œsupports the marketâ€. This not only protects the interests of farmers, but also benefits cotton textiles. Enterprises out of the predicament are more conducive to the rational allocation of market resources, and ultimately will bring positive effects to the healthy and sustainable development of the cotton industry.

Wang Yong believes that in the 2014 year as a "changing year," the cotton market may have three changes: First, the state's efforts to control the cotton market weakened, allowing prices to fully return; Second, the approval authority for cotton processing qualifications will also change. Do not rule out completely open; Third, the cotton quota management office is more flexible.

The replacement of direct savings or savings will be an important reform measure to restore the formation mechanism of cotton prices. However, the so-called â€œdirect supplementationâ€ is not just a simple sentence. There are still some problems to be solved in order to strike a balance between safeguarding the interests of cotton farmers and safeguarding the market mechanism from being destroyed.

On the one hand, the subsidy price is difficult to set. The excessively high subsidy prices for cotton-growing plants will have an impact on the grain planting area. Too low a price may result in a lack of willingness to plant cotton because the degree of domestic mechanization of cotton planting is far lower than that of grain plantation, and the cost is significantly higher than that of planting grain.

On the other hand, the target of subsidies is difficult to determine. Gao Fang, executive vice president of the China Cotton Association, believes that China cannot copy the model of direct supplementation to American cotton farmers. The United States has only 20,000 cotton farmers and is well positioned. In China, there are 40 million cotton farmers, and it is necessary to ensure direct implementation of low-cost policies. Accurate distribution of funds in place is difficult.