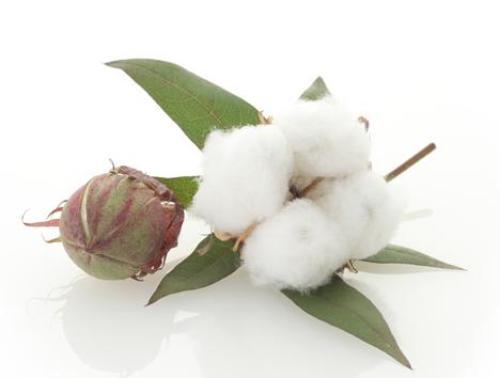 The area of â€‹â€‹the cotton field is now shrinking. It is the season of cotton seedlings. The reporter visited Jingzhou, Tianmen, Xiantao and other major cotton producing areas.

The policy of cotton collection and storage implemented for three consecutive years has ended at the end of last month. Without the protection of the policy of storage and storage, most cotton farmers will face market risks. This makes them worry about the planting prospects.

â€œLast 60 mu of cotton was planted last year. Only 20 mu of land was planted this year. Other fields were planted with corn and soybeans.â€ On the 26th, in the face of a downturn in the cotton market, Liu Junping, a farmer in No. 4 village of Huchang Town, Xiantao City, was discouraged. "Last year, we received less than 70,000 yuan over the previous year. Now that the country hasn't collected it, it still has to insure food and oil insurance."

â€œCotton did not make money in the past, and will not make more money in the future.â€ Xia Xiang, a large cotton planter in Shenhu Town, Hanchuan City, simply changed all the cotton fields into corn.

After the country cancelled the temporary collection and storage price, the market price of cotton was about 17,000 yuan/ton, which was 3.5-3.6 yuan per kilogram of seed cotton. Thus, the cotton planted per acre had to be reduced by 600 yuan compared with the income from planting corn and wheat.

The cotton field shrank sharply. Taking Jingzhou City as an example, this year, the intention of cotton planting area is 1 million mu, which is 41 million mu less than last year's actual planting area, and the reduction rate is 29.1%. The reductions in Weihe Town and Mishi Town are as high as 50%.

According to the Provincial Department of Agriculture's survey of planting intentions in 17 cities and states, it is expected that the province's cotton planting area will be 5.4 million mu this year, which will reduce more than 800,000 mu.

The income is less than a year with a low level of mechanization, high labor costs, and poor cotton varieties, resulting in domestic cotton being at a disadvantage in competition with imported cotton.

"The cost is higher year-on-year and the benefit is lower year-on-year." Liu Junping calculated a sum for the reporter. Last year, an acre of cotton, mu input 1175 yuan, an increase of 88 yuan over the previous year; 246.4 kg per mu of seed cotton, The price of seed cotton was reduced from 8.2 yuan/kg to 7.6 yuan/kg, and the average yield per mu was 698 yuan, a decrease of 173 yuan over the previous year, and 189 yuan lower than that of the middle rice planted.

"The degree of mechanization is low and there are many workers." Wang Wenjin, Party Branch of the No. 4 Village, said that several households in the village had low yield due to drought. They asked people to pick more than 150 yuan of daily wages. The cotton picked up was still not worth the money. Abandoned.

From the time of sowing to harvesting, cotton grows for about 200 days, has a long growing period, and has many disasters. Zhou Shuping, Luqiao Village, Jianli County, told reporters that last year's hot weather lasted more than 40 days and only 400 kilos of seed cotton was harvested per acre, which was 100 less than the previous year. jin.

According to Guo Ziping, director of the provincial agricultural extension station, at present, the countryâ€™s cotton stockpiles have reached 11 million tons, accounting for 60% of the global inventory. This year, the country cancelled the temporary purchase and storage policy of cotton, the downward pressure on the market price, and the unpredictability of cotton income. .

Where do cotton farmers go? According to information released by the National Development and Reform Commission on January 24, last December, imported cotton was 15,209 yuan/ton, while domestic cotton was 19,000 yuan/ton, which was 4,000 yuan more than imported cotton. Even if the domestic cotton price is higher than the import price, the cotton farmers do not get a large profit because of the high cost. The cost reduction of domestic cotton needs to be resolved by means such as increasing the degree of mechanization.

With the opening of the new policy, 2014 will be the year of transition and transformation of China's cotton. Sun Liwu, a Zhuo Chuang cotton industry analyst, believes that â€œthe cotton market, which has formed a custom for the fall season, will experience a relatively more conspicuous shock after the lack of a direct purchasing and storage policy. In September of this year, the price of seed cotton sales is expected to be low. From 10% to 10%, the domestic cotton price will gradually move closer to the international cotton price."

Where do cotton farmers go? In early March, the Provincial Department of Agriculture issued the "Guiding Opinions on the Adjustment of Planting Structure in Cotton Production Areas", and adjusted the cotton planting structure in accordance with the ideas of "adjustment, stabilization, replanting, and quality improvement" to promote the transformation and upgrading of the cotton industry.

According to Yu Hongzhang, a senior agronomist and cotton expert, there is still plenty of room to tap for cotton planting income. â€œThere is potential to increase yields, and now it is on average 400-500 pounds per acre. There are 700 kilograms of good cotton-planting technology and an increase of 100 pounds, which will result in an additional 400 yuan per mu. In addition, it is also possible to plant vegetables in cotton fields. Maize and other economic crops increase efficiency.â€ He told reporters that a cotton farmer in the Xinhe Development Zone of Hanchuan City interplanted sweet corn in the cotton fields, and increased income by 1,000 yuan per mu. â€œThe stable cotton planting area still needs national policy support, such as the launch of cotton target price subsidy pilots, continued improved seed subsidies, and high yield creation.â€

Xiao Changxi, Director of the Planting Division of the Provincial Department of Agriculture, suggested that in the long run, the gap between domestic and foreign cotton prices will gradually shrink. Therefore, changing the mode of production, increasing the degree of mechanization, and reducing production costs are the fundamental outlets for cotton farmers and the cotton industry.